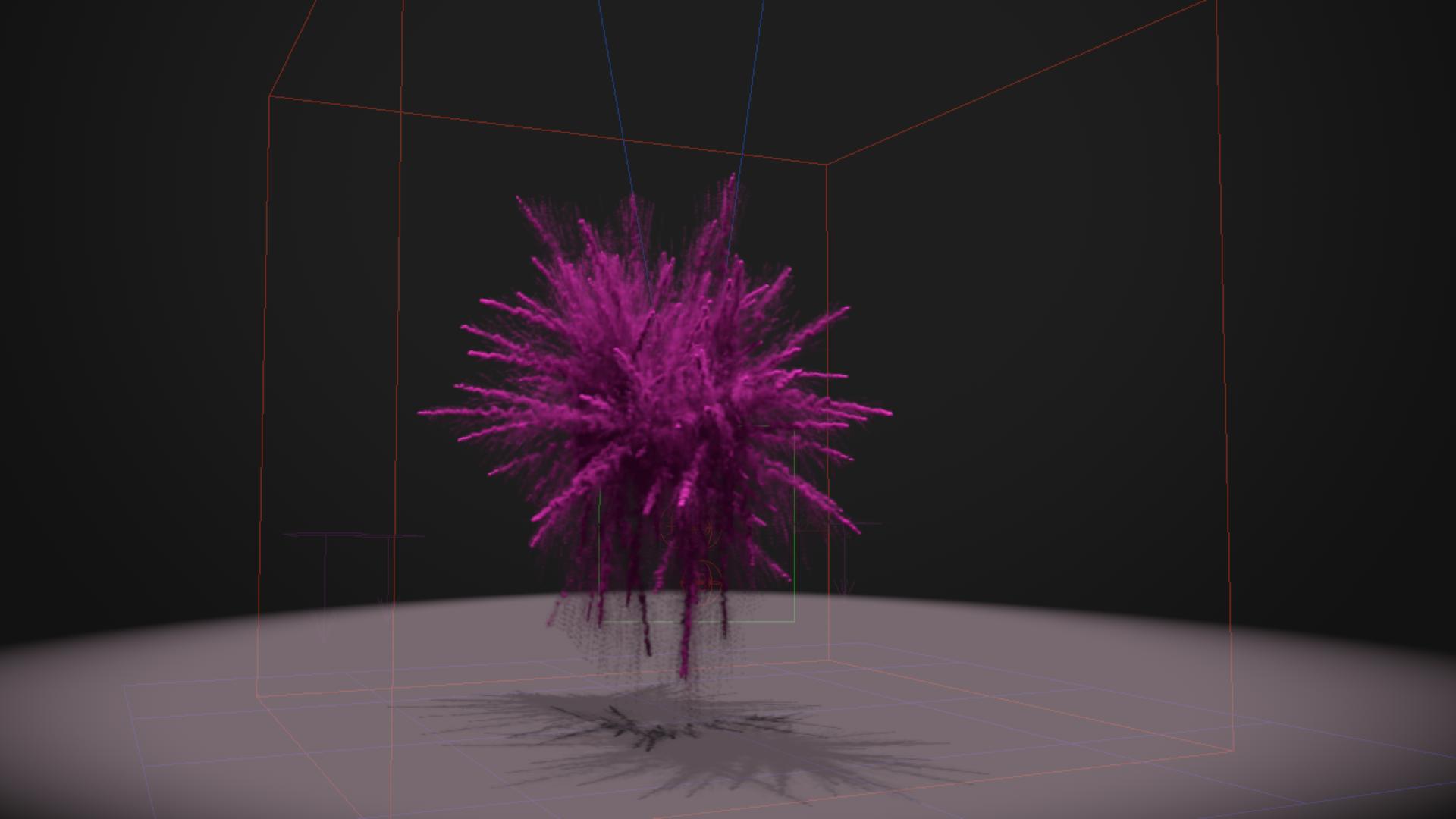 More info to come, need to gather up the data from max files (since I didn’t make notes…)

Thanks Dimitri for reminding me I have left that one blank… ;)

So that simulation was very simple pFlow rig. I have made 2 blasts in pFlow – one leaving trails, second one filling in the center of explosion. Since this simulation was designed to cover up the object which emitted the powder for further object removal in Nuke or AfterEffects composite. Key to achieving that behavior was dampening the x and y movement of particles (since powder is light and reacts heavily with air friction I guess… ;). Than to wiggle it gently towards the land of -Z where everything dies.

Turntable of those pFlow particles:

Well then FumeFX everything! As little as possible advection stride, almost no vorticity, temperature same as for storing good wine, diffusion nill. As it goes for fume’s grid i did it with 350x350x350, then you need wavelet for the extra touch so make it sim extra detail channel for the secondary simulation (wavelet that’d be). I guess I have animated the drag force from zero to something like 10% (give or take depending on your simulation scale) but only on x and y axis (leave Z alone!) and stuffed it into Fume’s list.

I was about “TAA DAAA” but than noticed the lights. Yes, add those, 2 of them ‘d be nice. Taa Daaa!
Simple one.

Vivisection (almost all renders/sims I have made, one by one – hope that pictures the process well):

This site uses Akismet to reduce spam. Learn how your comment data is processed.