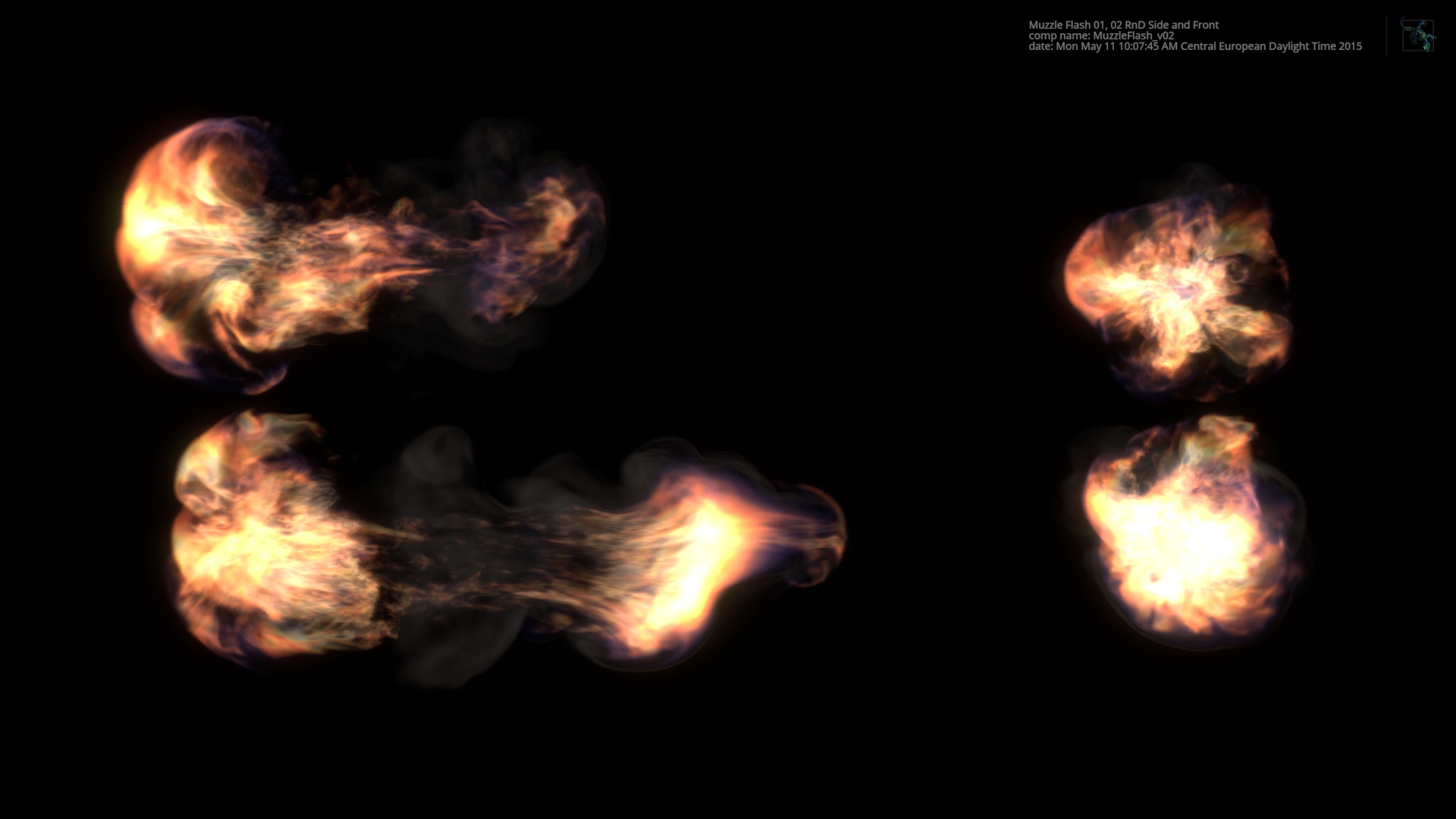 Here’s part of work I have done for a movie project about Piłsudzki. This small portion is about muzzle flash effect. Entire project was a freeze frame animation about train robbery Piłsudzki have orchestrated in 1907.

This muzzle flash was simulated in RealFlow – just for speed and control measures. It was much faster to achieve certain swirly pressure effect of gas fluids coming out from a gun and then being ‘turbulenced’ by a bullet vapor it’s creating along. Effect coming straight from FumeFX with pFlow wasn’t ‘fluidy’ enough and whole process was a bit of a pain… So I have switched to RealFlow and had it done in hour or two of tweaking. Than straight back to FumeFX and tadaaa it’s done (well almost ;)

Thanks for dropping by :)

This site uses Akismet to reduce spam. Learn how your comment data is processed.